A century ago...
A unique tradition was established in 1892, in the rural town of Lincoln, Massachusetts. In his will, native Lincolnite George Bemis left the town funds to build "a new Town Hall in which shall be a room of sufficient capacity and proper construction for public lectures...and to provide an annual course of public lectures in said Hall of an instructive and elevating character." 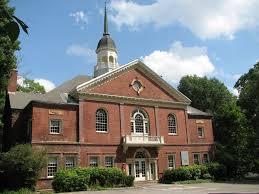 Bemis Hall, the home of the Bemis Lecture Series, was dedicated in May, 1892 as the Town House. The building was designed by Boston architect W. Langdon Warren. At that time, the first floor of the building comprised a selectmen's office, town clerk's office, a kitchen, a smaller meeting hall and a jail cell. The larger hall on the second floor was designed to seat 385 people. This building was commonly known as Town Hall for many years and only officially became Bemis Hall in the 1980s, after most municipal functions had relocated to the former Center School building.

The Bemis Free Lecture Series has enjoyed a distinguished history, attracting leading national figures in politics, arts, sciences and social issues. In 1982, a generous gift by another Lincoln citizen, John Todd, brought a firmer financial footing to the lecture series and expanded its scope.

Inspired by the model of the Lowell Institute Lectures and the Lyceums of the mid-1800s, Bemis endowed the Bemis Free Lecture Series, which, over 100 years later, still plays a lively role in the educational, cultural and intellectual life of the community.

The audience of the Bemis Lectures is, invariably, a highly educated, knowledgeable group. The town has a tradition of commitment to community, as demonstrated by our volunteer town government and vital annual Town Meeting. Each lecture is meant to appeal to the interests of town residents, and is advertised through a variety of town media, ensuring a large audience. 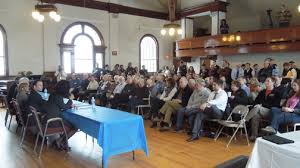 The Bemis Lecture Series is managed by three Trustees, publicly elected by the citizens of Lincoln. Funds are managed and administered by the Town of Lincoln. 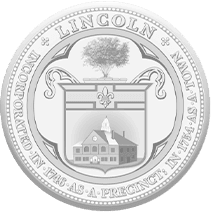